Representatives of our editorial team appeared on the Friday concert of Tulia in Katowice, where we also had the opportunity to ask a few questions to our representatives at this year’s 64th Eurovision Song Contest!

Our conversation … in front of peanuts bowl with members of the band a few days before their departure to Tel Aviv – you can access in text and audio version. We highly recommend both!

You are a few days before your trip to Tel Aviv. How are your emotions, stress level, well-being? When do you actually go to Israel while embarking on your Eurovision adventure?

We are flying on May 3rd, is accurate to say that at 10 AM we have our plane. In principle, we do not stress much, for the moment, we rather want to enjoy it. We are satisfied! We can not wait for the first rehearsals to come out.

You have recently participated in several Eurovision pre-parties: London, Amsterdam, Madrid. Which from this events do you remember best, where was the best scene, atmosphere, or maybe some other things that influenced you to remember it the most?

All pre-parties … but <counting from three to four> AMSTERDAM! We remember all of them nicely, but in Amsterdam, it was somehow the biggest energy from the audience, it was also our first show. In The Netherlands, when we were entering the stage, the audience was very warm, in the heat of play, and there were also cool performances in between – big hits, so everyone was having a great time there. There were a lot of people, many spectators, listeners, and no one seemed to be focusing on how it would be, but rather at the moment, we were also in there perfectly with our song. (…) Clapping – it was not planned at all in the beginning, as we were entering. It was supposed to be a little differently directed, but people had such a good time, that this energy so much suffered us, stimulated it. There too, everything was very good in terms of organization, the rest of the pre-party is known…

At each of the pre-parties, what made a great impression on everyone was your excellent vocals and voice, in all the rankings of the best performances of the evening you were very high, even in TOP 3. But it’s not only the voice… and also your beautiful, multi-colored creations and stylizations, always polished, maintained in a folk atmosphere. Do you cooperate with Atelier 1683, tell me more about this cooperation? Why exactly this fashion house, how does this cooperation work, do you also design something by yourself, how much influence do you have on projects?

Indeed, it is true that everything we carried so far resulted primarily from our creativity. However, we’ve partnered with really great artists, actually with the person and with a tailor who has a great talent in his hands. They cooperate with many Polish singers and artists, including, for example, Michał Szpak [and Roxie Węgiel – editor’s note], also this Eurovision subject is close to them, but it happened so that we got accosted by the label. We organized a meeting and we just liked Mikaela. Mikaela comes from Sweden, she is half Swedish, half Polish. She grew up there, later lived in London and now she likes herself in adult life and what fascinates her so much is that she decided to live here permanently – in Warsaw. It turns out that she is also interested in the history of Poland and folklore, and this is the first time that she can realize her visions in this respect. She is also happy, she is excited, and we are also happy. She also gives us a lot of courage, because sometimes it is so that we would not dress this or that, or we would not invent ourselves if it was not for her creativity. It also looks like Mikaela shows us the designs of some outfits and urges us often for something – these are her ideas, and some of them are our projects that Mikaela uses in her own way and fashion. We work on such principles that we give a part of ideas and Mikaela does her best, so we connect these two worlds.

You are always styled from head to toe, literally from shoes to decorations on the head and makeup – do you have any stylist that I advise you in detail?

Mikaela stylizes us, but it also depends on us what makeup we want, what hairstyles, what with what, if we do not like a particular element – we do not assume it, if we like something, we choose it together. We are also very accurate when it comes to how and what we do… but yes from A-Z. This is also the case, we also think and spend a lot of time on how to look. We get clothes from Mikaela, and we decide ourselves what we wear for what occasion and when we choose accessories.

We make make-up for ourselves mostly, there are always people to help, but we usually do everything ourselves, we just have the skill. If there are any big TV shows, when someone helps us, but usually, we do it ourselves. For example, today we painted ourselves and pretended to be all pre-parties, and we combed on each other.

Can you tell me… each of your creations is designed for the occasion? Your Madrid blouses, for example, were very Spanish, those sleeves and bare shoulders… so they fit perfectly to the occasion and place?

Yes, we are happy that you noticed that because every costume just at these pre-parties was dedicated specifically to the place we visited. So, for example, going to the Netherlands, we wanted to refer to it through the orange color and such decoration also on the head, which we wanted to show a little bit, that it is a country in which there is a monarchy. Further, in London, we had the pretty fascinators that the British wear on such official occasions. Well, in Madrid … you know it – Spanish flounce and fiery red, but we were guarded by cancer … we had cancer on our breasts and this is Mikaela’s spirit because it is due to her fascination with history. Jan III Sobieski loved to eat crayfish and announced such a competition, who will grow the largest, he will provide it to him. We also had the biggest crampons – black, sequin on the chest, which defended us there in Madrid.

They had to defend you?

Yes yes… listening <laugh>, but we managed somehow and we know that live in the club the effect was fine, and this, as it was later relayed to television, it is what we always remember that we fear the most. There is a difference, because we really heard the performances of others on the spot and it sounded nice, and later there were comments that the broadcasts were not too much on the vision. Recordings from the phone from the club were OK, and unfortunately this official TV broadcast – camera – no. And unfortunately you need to know how to pass vocals, we also hope that everything in Tel Aviv will be fine…

Can you reveal a little, what will your creations look like or any element of stylization on the stage in Tel Aviv (ornament on the head or lipstick color)?

We can betray a few things. The project itself is drawn, the initial project, invented by us from head to toe, devoted to Mikaela, who will improve it, transform it into his own style, in accordance with his knowledge. We can say that there will be flaming colors, amber (amber, fortunately), i.e. Polish gold, amber red, there will be flowers … everything will be there – so expect the WOW effect!

If you were to create your own definition of the Eurovision Song Contest – such a very individual, personal, subjective – how would it sound like?

For us, this is simply a meeting of European nations. We like that we can have an insight into what is happening on a given music market in a every country, what people listen to. We like this diversity, cultural differences, our songs are the most appealing, they are sung in national languages ​​and we also wanted to defend it with us. We think that this is a beautiful competition with a long tradition, we have never dreamed of taking part in it, but now we are very happy and we want to prepare for it in the best possible way.

During the Eurovision on stage in Tel Aviv, we will see many stars, many special guests, former representatives of Israel, Madonna, and … interestingly, we will see many artists making covers of their Eurovision pals: Conchita will sing Heroes, Måns Zelmerlöw will face Fuego, Eleni Foureira will perform the Verka Serduchka song, and Verka – Toy. My question is: for you as cover specialists which performance will be the most interesting?

The answer to this question is particularly recommended for listening to our audio interview!

We will probably sing with them all <laughs>. Verka is just perfect for Toy, and we’re very interested in singing it. It will definitely be fun and fire. We want to hear Fuego and see Eleni’s performance – she will prepare some nice choreography for that. Maybe Måns will sing Fuego somehow more on a rock vibe.

Do you think that these covers will be made in the same way as you do – the style will change, the music genre will also, but what will be the most important thing in the song, the text will remain?

That’s how we think because everyone wants to be in the cover, it’s also about what’s going on, not to say the scheme, but just add a bit of your heart to this.

At the end: I know that you are currently focusing on your actual repertoire, but many people ask you for it – can you make a tiny piece of Fuego for us, exclusive to Destination Eurovision?

Audio recording of the above conversation from our official SoundCloud channel

Hey gang! If you haven’t already Pre-saved my new single.. then what you waiting for?? ‘Breaking Free’ is out every… t.co/M2H7foIlSM

Retweeted by Destination Eurovision
5 dni ago 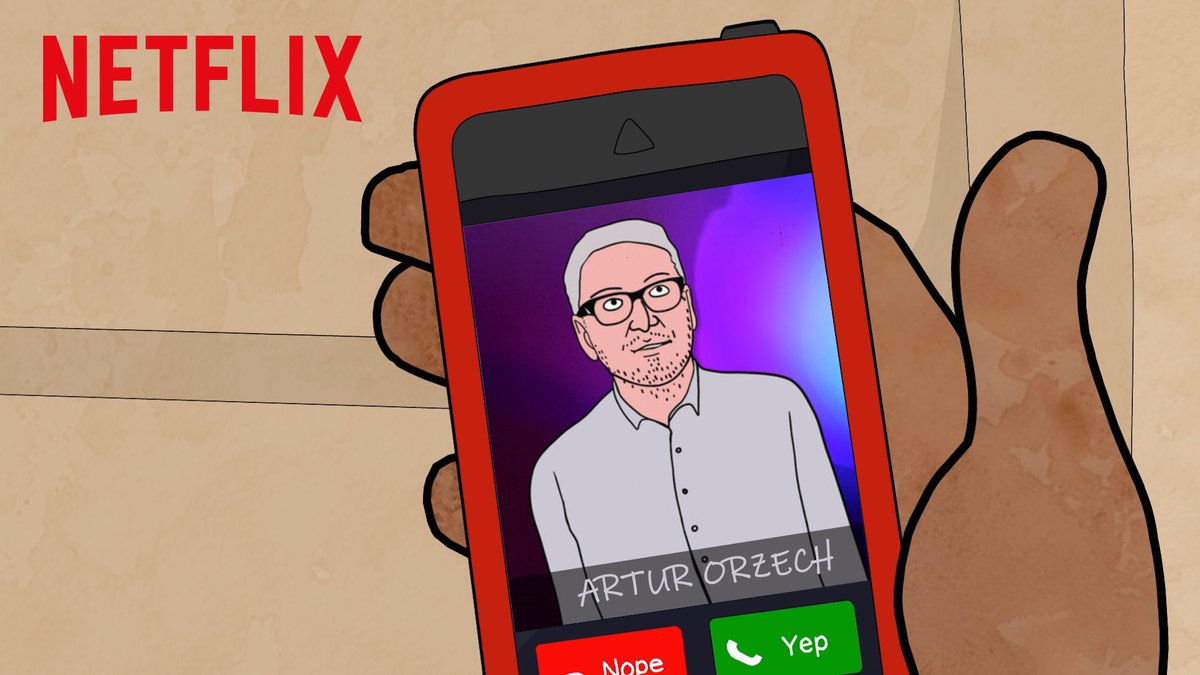 #Greece: Stefania's Song For #Eurovision 2021 Has Already Been Written t.co/7NKb9qld0a

On Saturday at 20:00 CET you will have the opportunity to listen to Viktoria Cherepiuk, who is a Eurovision journal… t.co/Ep30xztBb6

Today you will watch the second episode of the "Eurovision Gaming" series during which we will combine two pleasure… t.co/rTSQJbKWJf